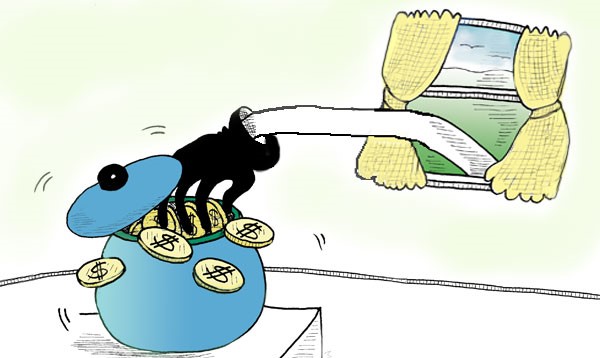 As the number of older Americans in our nation grow, so too do the number of cases of financial elder abuse. Financial elder abuse is when seniors are exploited or conned out of their money through deceit. Financial scams are a multi-billion dollar “industry.” Studies estimate the annual financial loss to be anywhere from $2.9 billion on the low end to $36.5 billion on the high end. Women are anywhere from twice to two-thirds as likely as men to be victimized.

There are more older women than men.

Women are more likely to be victims of elder financial abuse because of sheer numbers. According to U.S. Census data (2012), there are 23.2 million women 65 years and over compared to 18.3 million men. As Americans age, the population difference between men and women gets higher. There are 1.8 million males 85 years and over compared to 3.2 million women. That means there are nearly twice as many women ages 85 and over than there are men. And the older someone is, the more likely they are to be targeted by financial scammers.

Older women are more likely than men to live alone.

People who live alone are more likely to be victims of financial scammers for a number of reasons. First, they do not have someone who is aware of their daily actions and interactions and who can serve as a second opinion if something looks suspicious. They are often lonely and susceptible to the disingenuous companionship or friendship a scammer might offer. They are also often the sole controllers of their property and income, meaning scammers only need to convince one person to sign away their assets, rather than two. According to U.S. Census Data, 32 percent of women 65 and over were living alone in 2014, compared to 18 percent of male adults.

Older women are more likely to live in poverty.

Older Americans in poverty are more likely to be victims of financial fraud and scams because they often do not have the safeguard around their money that more wealthy individuals do. They are also likely to be more inclined to want to take up the opportunity for easy money that scammers might be peddling. According to U.S. Census data from 2014, there were 25.6 million women 65 years and over living below 200% of the poverty line. For single women 65 and over, that number was even higher—51 percent, or 13.7 million, live below 200% of the poverty line.

There are countless types of scams and schemes out there, and the perpetrators who commit these crimes are always thinking of new ways to steal money from seniors.  It is important to stay informed about the different scams that are going around.  Here are a few common types:

Scammers target victims through the mail, phone, or email—characterized by aggressive tactics along with the use of false promises of cash prizes, goods, or services in exchange for paying fees or making purchases.

Scammers gain access to a senior’s personal information to take money and property. Includes tax ID theft­ where a scammer uses a senior’s Social Security number to file a tax return and steal the refund, or impersonates the IRS and tells the senior that the IRS is owed money.

Scammers pretend to be a grandchild in trouble in order to convince the senior to wire money or send prepaid debit cards.

A widely practiced form of telemarketing fraud, scammers tell seniors that they have won a lottery or sweepstakes. The catch is, the senior must make a small payment or pay a fee to receive the alleged prize. Seniors may also receive a fake check back from the scammer, which will “bounce” after it gets deposited.

Unscrupulous professional investors try to sell inappropriate, unethical, or confusing investment products to seniors, or from con artists claiming to be the “Nigerian prince” or some other wealthy foreigner who asks for your bank account number to transfer millions of dollars into your banking account.

Scammers get information about a senior’s medical accounts —like Medicare and Medicaid—in order to make fraudulent claims and take advantage of these taxpayer programs.

The Federal Bureau of Investigation (FBI) provides information on common fraud schemes that target seniors. It describes different scams and ways you can protect yourself.  You can also sign up for a fraud alert newsletter: www2.fbi.gov/majcases/fraud/fraudschemes.htm

The FBI Internet Crime Complaint Center lists common types of scams involving the internet and has prevention tips and a link to file a complaint:  www.ic3.gov

If You or Someone You Know Is a Victim

There are numerous resources that can help victims of financial fraud or abuse.