Back to Caregiver Hub
Menu 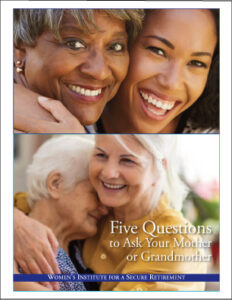 Legal Agreements for Families and Caregivers

There are an estimated 53 million adult caregivers in the United States and nearly one in five (19%) are providing unpaid care to an adult with health or functional needs. In addition, sixty-one percent of caregivers are women and are

An Individual Retirement Account or IRA provides a convenient way for all working people to save for their retirement. A traditional IRA is a tax-deferred retirement savings account; you pay taxes on the money in your account only when you

How to Find a Financial Planner

“Neither my spouse nor I know anything about investing. Who do you go to for advice?” Many people learn about financial planning by reading. They cull through the financial pages in newspapers or online and read financial magazines and books.

Family Financial Planning with Your Parent

Are you unsure how to discuss your parent’s care and finances with your family? Here are some topics to remember as you navigate the financial decisions with family members.

Legal Agreements for Families and Caregivers

For both financial and practical reasons, an increasing number of families are turning to “personal care agreements” to help manage caregiving responsibilities. These are formal contracts that state what care is to be provided and how much the caregiver will be compensated. The contract can be used whether or not the caregiver is a family member. These agreements make the care and payment clear for the caregiver, the recipient, and also for other family members. It can help avoid family conflicts about who will provide care and how much they will be paid. For this reason, the agreement should be discussed with other family members to resolve any concerns before it is drafted.

Because these agreements are formal contracts, it is important to understand what needs to be included. A personal care agreement that involves paying a person for caregiving services should be in writing and be for payments provided in the future (not services already performed). The amount of compensation provided must also be reasonable, meaning it should be similar to what you would typically be charged in your state or geographic area for similar services.

A personal care agreement should also include:

Search the National Academy of Elder Law Attorneys (NAELA) to find lawyers who specialize in elder care. You can search by location, practice area, and language spoken.

For a care agreement example, go to the website for Maine’s Department of Health and Human Services, Office for Family Independence. 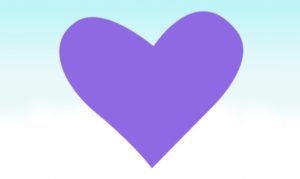 5 Things Mothers Should Tell Daughters about Money and Retirement

Older women have a wealth of experience and information to offer to younger women. WISER encourages all mothers, grandmothers and other women to share their money experiences with a daughter, granddaughter or another young woman in their life. Helping a young woman develop a strong financial plan is a lifetime gift.

Guides for “Managing Someone Else’s Money”

The “Managing Someone Else’s Money” guides can help you understand your role as a financial caregiver, also called a fiduciary. Each guide explains your responsibilities as a fiduciary, how to spot financial exploitation, and avoid scams. Each guide also includes

Keeping a Budget as a Caregiver

In this blog celebrating National Family Caregivers Month, we’ll take a look at another important issue for caregivers—budgets! Being a caregiver can have financial consequences, both long term and short term. As mentioned in our last update, caregivers pay an

Caregiving can involve increasing household and medical expenses depending on the care your parents need. Small expenses add up quickly and could prevent you from saving enough for your own retirement.

Especially if you are considering reducing your hours at work or quitting a job, a household budget is essential. It will help you decide how to adjust your lifestyle and expenses depending on your individual expenses and what you think your parent will need.

As your parent’s caregiver, you may also help manage their budget and finances. Keeping careful track of spending is a way to protect yourself from false allegations of financial exploitation. It can also prevent future family conflicts over what was spent and why. The Consumer Financial Protection Bureau has Managing Someone Else’s Money guidebooks that can also help.

Depending on your parent’s caregiving needs, you may need to plan for current or future medical expenses. These can take up a large portion of household income. But there are resources and strategies you can use to help pay for the care your parent’s needs.

Long-Term Care Insurance is a type of insurance that you can buy to pay for long-term care services your loved one might need:

Older adults can spend a significant amount of money out-of-pocket on necessary prescriptions. But there are different strategies and subsidies to help pay for medication. Visit NCOA’s Prescription Assistance for Caregivers page to review tips on help paying for your parent’s medication.

Unexpected medical bills are one of Americans’ greatest worries. But surprise medical billing can happen when an out-of-network provider gives your loved one care in an emergency or in a situation where you do not realize the provider is not in-network. AARP has created A Survival Guide to Surprise Medical Bills (also available in Spanish) for  caregivers who must take care of surprise billing for their loved ones. Review their tips and resources to deal with big health care bills.

A lesser known issue is that some adult children could be forced to pay for their parents’ long-term care through state “filial responsibility” laws, which require adult children to support their parent if the parent does not have the money to pay for the care. More than half of states as well as Puerto Rico have such laws, which require adult children to provide necessities such as food, clothing, housing and medical attention to an indigent parent. The laws vary, but generally do not require children to provide care if they do not have the ability to pay. The laws have rarely been enforced, but that could change as states cope with the increasing burden of nursing home costs on Medicaid budgets.